If you're in the market for a new laptop, smartphone, TV or tablet BUT you don't want to fork out a fortune, check out Tech Trade's refurbished electronics which work just as well as the brand new version, but cost considerably less than they would in-store. With leading brands to choose from, this is where to get your tech fix for less!

There are currently no voucher codes or offers for tech.trade 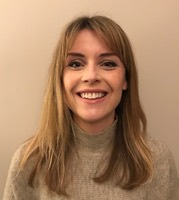 It can be tough when you really want to treat yourself to a new television, computer or smartphone, or you need to replace a lost or broken one. You know what you want but you can't quite face the thought of handing over all that cash, or running up your credit card bill. Now thanks to Tech Trade's massive range of refurbished technology, making that purchase won't be quite as painful on the pocket.

How much can I expect to save on a purchase from Tech Trade?

That varies product by product, but take a look at the example on Tech Trade's homepage to see the massive difference in price of a Macbook Air from Tech Trade when compared to other retailers such as PC World and John Lewis.

How much will shipping cost me? Are there any promotions?

How can I find out about special offers and promotions?

Sign up to Tech Trade's email newsletter to be kept abreast of all the latest news and deals.

How do I know what exactly I'll receive when a product is refurbished?

Take a look at Tech Trade's grading system which runs from 'open box' - when a product is 'as new' but the box has been opened, to various stages of refurbishment and signs of wear and tear. All products are clearly graded in the description so you know what to expect.

Do Tech Trade offer a warranty with their products?

Yes, most products come with a 12 month return to base warranty. This information will be stated in the product description.